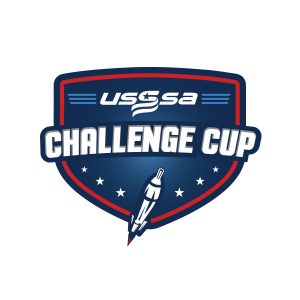 You can only play one level per event.

New for 2020 all teams must place rosters online.

All games will take place at the USSSA Space Coast Complex.

ALL Teams must stay in Brevard County.  USSSA does have a list of great host hotels, condos etc. and that list is included for your convenience.

Please do not make your travel plans until you have been confirmed as paid and entered in to the event.

UPON ENTERING OUR TOURNAMENT:

YOU AS THE MANAGER AGREE THAT YOU HAVE READ, UNDERSTAND AND ACCEPT OUR RULES, POLICIES, DETAILS AND GUIDELINES AND AGREE TO MAKE SURE TO FORWARD INFORMATION TO YOUR TEAM.

Men & Women players MUST be the PRV of the previous calendar year to participate.

Please email your State Director if you feel you may be in violation of playing in a division.

TEAM AND PLAYER RANKINGS AND ELIGIBILITY

We will be using the USSSA Player Ranking Value

If there is a player NOT listed on a USSSA roster for this season, we will revert to the previous year/year’s rankings.

All Players must be able to show a legal photo ID at all times (must be 18 years of age.

You must have your photo ID on yourself, in your bat bag, or on the park/complex’s property.

HOW TO CHECK PLAYER RANKINGS

ALL TEAMS MUST BE PREPARED TO PLAY AT THE SCHEDULED BEGINNING OF THE EVENT.  WE CAN NOT TAKE SPECIAL REQUESTS.

POOR SPORTSMANSHIP WILL NOT BE TOLERATED

INJURED PLAYERS COMING OUT OF THE GAME

EJECTED PLAYERS COMING OUT OF THE GAME

WE WILL BE USING THE OFFICIAL USSSA DUDLEY BALL

THE SECOND OFFENSE OF THIS ACTION TO THE SAME TEAM WILL RESULT IN THE TEAM BEING EJECTED FROM THE TOURNAMENT.

UPON ENTERING THE TOURNAMENT

YOU, AS THE MANAGER, AGREE THAT YOU HAVE READ AND UNDERSTAND OUR ABOVE RULES, POLICIES, DETAILS, AND GUIDELINES AND THAT YOU AGREE TO MAKE SURE TO FORWARD ALL THIS SAME INFORMATION TO YOUR TEAM SO THEY ARE AWARE AS WELL